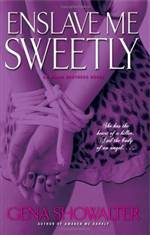 Eden Black walks among humans, protecting them from the murderous evil of other-worlders who abduct and enslave. And though she appears to be human herself, Eden is an alien, a Raka, distinguished by her golden hair and skin, and gifted with the ominous ability to kill without remorse -- and with total accuracy. That is, until the fateful night she has one shot to eliminate her target, a human slaver -- and misses.