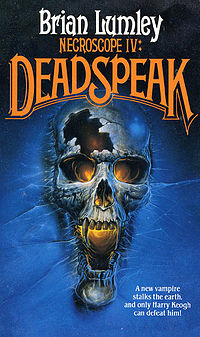 Several years after his return to earth Harry Sr. is trouble by nightmares of resurgent Vampires. These nightmares are messages from the dead who he is unable to communicate with when awake due to the actions of Harry Jr. Separately E-Branch is investigating drug smuggling in the Mediterranean when two of its agents are assaulted. One is vampirized and the other rendered insane. Harry Sr's new girlfriend, Sandra, herself secretly a member of E-Branch plays a pivotal role in bringing Harry into the mix. She had been assigned to watch him and if possible restore his powers and reports to the head of E-Branch on his status. Unknown to everyone the E-branch head is a sleeper agent for the Russian E-Branch/KGB community.